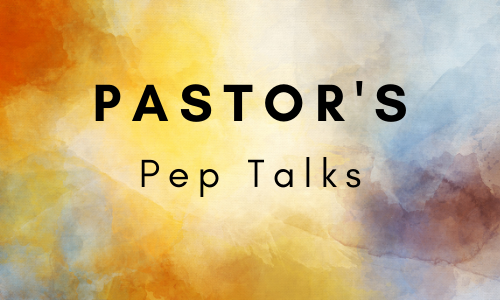 No sooner had the penalty shoot-out finished and England’s hopes of a trophy gone, than the potential national euphoria turned ugly as the three brave, young, black penalty takers who missed were racially abused on social media. Racism has no place in our society. Turn the clock back to 2012 and the allegations that surfaced about Jimmy Saville, who’d died the year before, and his predatory sexual behavior. It caused a national outcry and led to Operation Yewtree by the Met Police and an investigation into hundreds of cases of sexual abuse. Such perverted sexual behavior has no place in our society. Turn the clock back still further to 2008 and the financial crisis caused by the collapse of the sub-prime mortgage market in America. Stock markets tumbled, house prices fell, unemployment rose and several banks went under or had to be bailed out. Greedy bankers enriching themselves at the expense of others, were seen as the villains. Such greed has no place in our society. These are three recent examples of sinful human behaviour (racism, sexual immorality, greed) that have surfaced. Society is collectively appalled and wants it eradicated. So footballers take the knee before kick-off, child-protection measures are beefed up, and bank solvency ratios are raised, all in an effort to deal with the problem. Whilst these are all commendable at a societal level and may help in some way, sadly they all fail to address the root causes of the problem and the only real cure for it.

The Heart of the Problem

This week’s passage from Mark’s Gospel begins with Jesus’ followers being criticized by the Pharisees for eating food without washing their hands, thereby breaking a Jewish tradition. This was an unsubtle criticism of Jesus himself. So Jesus points out a few uncomfortable home truths about the Pharisees. In quoting the Old Testament prophet Isaiah (29:13) he says that externally they looked like they honoured God, ie they talked a good game, but their hearts were very far from him.  They were very good at keeping their own religious ‘traditions’ but actually ignored God’s commands. Then, before the gathered crowd, Jesus exposed the real problem. It’s not what goes into us that makes us unclean before God. It’s not about hand-washing or avoiding certain foods. Our uncleanness before God is already inside us. It’s in our hearts. “What comes out of a man is what makes him ‘unclean’. For from within, out of men’s hearts, come evil thoughts, sexual immorality, theft, murder, adultery, greed, malice, deceit, lewdness, envy, slander, arrogance and folly. All these evils come from inside and make a man ‘unclean’.” (Mark 7:20-23) The racist insults, sexual immorality and greed that society has collectively abhorred over recent years, is the outward manifestation of human hearts that are hardened to God and rejecting his rule. The stark reality is that this describes every one of us deep down. This truth first came home to me at a Tuesday lunchtime service at St Helen’s church in the City of London in the 1980’s. The church was almost exclusively packed with businessmen, all in smart suits and ties, everyone looking a picture of good order. But the preacher made it clear (from Mark 7) that outwardly we may all look decent, but inwardly our hearts are set against God and this is the source of all of these ugly characteristics that Jesus describes. Although this was an uncomfortable truth to come to terms with, it was in fact liberating because it meant that God knew what I was like deep down. My heart was the problem and I couldn’t hide that from God.

Many centuries before Jesus arrived, God gave his people a precious promise. “I will sprinkle clean water on you, and you will be clean; I will cleanse you from all your impurities and from all your idols. I will give you a new heart and put a new spirit in you; I will remove from you your heart of stone and give you a heart of flesh. And I will put my Spirit in you and move you to follow my decrees and be careful to keep my laws.” (Ezekiel 36:25-27) God is telling his people that he will act on our behalf. He’s not giving us even the slightest hint or hope that we can change our own hearts. We can’t, but he will. He will cure our real problem. How? By sending His only Son Jesus to take our uncleanness upon himself on the Cross and die in our place. This is how Paul describes it to the Colossians- “Once you were alienated from God and were enemies in your minds because of your evil behaviour. But now he has reconciled you by Christ’s physical body through death to present you holy in his sight, without blemish and free from accusation.” (1:21-22) By recognizing our real heart problem and turning and putting our trust in the Lord Jesus, we are made right with God and made clean in his sight. And through the work of His Holy Spirit, our hearts are changed. That hard heart that was once hardened to God and rejecting his rule, is now transformed by His Spirit to one that is softened towards God and delights in obeying his Word. And here’s the good news. Despite knowing exactly what each one of us is like deep down, God still sent his only Son into the world, so that through faith in Jesus we might be forever cleansed. This is the ultimate demonstration of love!

What Britain Needs Most

As a nation we don’t and shouldn’t ever accept racism, predatory sexual behavior or financial exploitation. Safeguards and protections must be put in place. However, when we try to change ugly human behavior simply by such external actions then it simply amounts to putting a band aid over the problem. What Britain needs most is the only cure for the real problem, and that is Jesus Christ. So the next time that some ugly human behavior is exposed on social media, rather than venting and pointing a ‘pharisaical’ finger at others, may it remind us of what we were and would still be but for the glorious grace of God in Christ Jesus, and may this inspire us to make Jesus known and pray for those who are lost and perishing. Britain needs the Gospel!