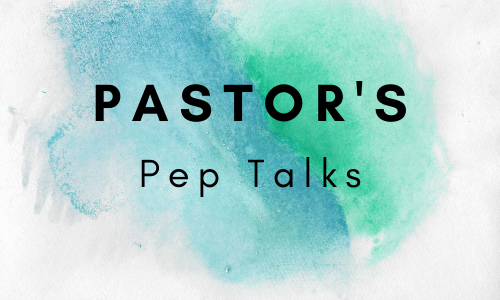 The 21st June is quite a big day. Not only is it the summer solstice (the most hours of sunlight for us in the northern hemisphere) but it is also the day when we hope that all lockdown restrictions will be behind us and life can return to normal. Many industries are pinning their hopes on this day, not least the hospitality sector, in the hope that people will be allowed to socialize fully once again. However, the media leaks over the last few days, would suggest that we probably shouldn’t be holding our breath for the 21st June as we may be disappointed! As followers of Christ, our lives should be influenced by a ‘certain day’, but it is not a day of any government’s choosing. The great reformer Martin Luther once famously said- “There are only two days on my calendar: Today and the Day of Judgment.” The reality of Christ’s return, and the final judgment that will ensue, should impact our lives today much more than I suspect it does. To help us to see this we’re taking a brief look this week at the church in Thessalonica, a church that in many ways is a shining example to us. Not only had they believed the Gospel, but they were also a model in how they relayed the Gospel to others. Three things stood out about this church that are highlighted.

“They tell how you turned to God from idols.” (v9b) Most of the Thessalonian church had been Gentiles, living in and heavily influenced by Greco-Roman culture where idols were everywhere. Paul would comment on this when he arrived in Athens in the neighbouring province of Achaia. He was distressed to see that “the city was full of idols” (Acts 17:16). We may not bow down to little carved statues of wood or stone like the Thessalonians had once done, but we are surrounded by idols. Indeed, John Calvin described the human heart as like “an idol-making forge” in that its default position is to always look to some created thing to worship. It might be our career or our children, our health or our homes, our business or our bodies. Generally, our idols are not bad or evil things but good things that we’ve made the ultimate thing in our lives that we must have. Whatever such idols promise, they simply cannot deliver, because we were made by the Lord Jesus and for the Lord Jesus (Colossians 1:16). The Lord is the One whom we are made to worship and He is the only one worthy of our worship. Authentic Gospel Christianity begins with a radical change in who I live for. No longer do I worship idols, but my faith is in God and my identity is in Christ. A definite ‘turning’ takes place as I repent of the idols and turn in faith to the Lord Jesus.

The turning leads to serving. It is love that led the Thessalonians “to serve the living and true God” (v9c). We will gladly serve the Lord, not out of duty but desire, not in an attempt to win God’s favour but because of his favour shown to us in Christ. The love that inspires us to serve God does not originate with us but with God, because it was he who first loved us (1 John 4:19). Notice how Paul describes the Lord as “the living and true God” in direct contrast to the dead and deceiving idols whom they used to serve. To love and serve God is not some private thing between us and him, but it is made visible in our love and service of his people. You simply cannot say you love Jesus but be indifferent to the church. When we are struggling to love and serve God’s people it could be that we’ve lost sight of the love that God has shown to us in Christ. At the very heart of the Gospel is sacrificial service as Jesus declares- “For even the Son of Man did not come to be served, but to serve, and to give his life as a ransom for many.” (Mark 10:45) The last 15 months has been a challenging time for the church as we’ve not been able to function as we’ve been used to. We need to remind ourselves of the Gospel, because only the love of God in Christ humbles us and enables us to love and serve one another with glad and sincere hearts.

The turning led to serving and to waiting- “and to wait for his Son from heaven, whom he raised from the dead- Jesus, who rescues us from the coming wrath.” (v10) To wait for something means displaying patience. God hasn’t given us a couple of times or dates when we’re to expect Jesus to return, like an Amazon delivery, but he’s simply promised that He will return. He later tells the Thessalonians that his Son’s return will be like “a thief in the night” (5:2). And Christ’s return will be as judge and his resurrection is proof of this to the world as Paul declared- “For he has set a day when he will judge the world with justice by the man that he has appointed. He has given proof of this to all men by raising him from the dead.” (Acts 17:31) There is a judgment to come and all who’ve rejected Jesus will face certain condemnation for their sins and the awful prospects of Hell. That should be a motivation for evangelism, shouldn’t it? But for the Christian, the difference couldn’t be more marked. The one who died and rose again and is presently seated in heaven at God’s right hand will return, and that return will mark our “rescue from the coming wrath”. It was the practice of the prairie farmers in the Midwest of America in the previous century that when they saw a bush fire in the distance, they’d deliberately lit a fire downwind of them to burn an area and then moved their wagons onto the burnt patch. That would mean that when the bush fire reached their patch it would die out because it had nothing to burn and they’d be safe! For the follower of Jesus, we have no fear of the judgment to come because the fire of God’s wrath has already fallen on Jesus at the Cross instead of on us and like the prairie fire it cannot burn twice in the same place. That is why as Christians we’re to delight in Christ’s return and long for his appearing.

Dear Lord God, forgive me for focusing more on lockdown dates and earthly freedoms than on the promised return of your Son and the glory that awaits us. May this truth fire me up and make me more courageous to make Jesus known. Amen