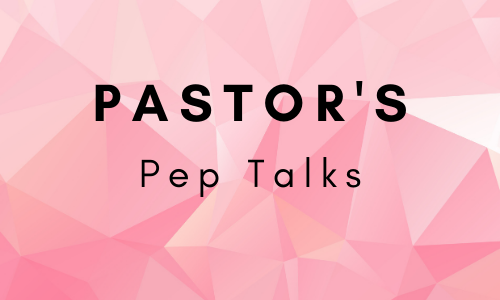 As a result of the most unprecedented upheaval most of us have experienced in our lifetimes (with the loss of loved ones, a legacy of ongoing illness and serious mental health issues, job losses and social/economic turmoil) many commentators predicted that we’d emerge from Covid with a different approach to life and a change in our values. That is a nice thought and it may prove to be true in time, but what is the subject dominating the news at present? House prices going up! If you want an indicator that life is getting back to normal in the UK then here it is- our obsession with the value of our property. If you’re fortunate enough to own a property you begin to feel a bit more secure and confident and if you don’t the ‘fear of missing out’(FOMO) can easily get a grip. That’s not all! Add to this the recovering stock market, rising pension fund values and the emergence of cryptocurrencies (only for the brave) and many people are beginning to feel a bit more confident again. Without wishing to rain on anyone’s parade, this week we’re looking at a parable of Jesus about lasting treasure and warns of how we might miss out on it.

The parable places two massively contrasting figures side by side. The first is a rich man dressed in purple, a colour denoting wealth, and fine linen, and he lived in luxury every day. He’d probably appear in the Hello magazine of his day as people love to see how the rich live. But at this rich man’s gate, which was not a normal garden gate but a large ornamental portico that might adorn a palace, there was “laid” a beggar. ‘Laid’ is actually too softer word, rather he was ‘thrown’ outside the gate, much like you might throw some rubbish. The poor man was “covered with sores and longing to eat what fell from the rich man’s table. Even the dogs came and licked his sores.” (v20-21) A Jewish rabbinic saying suggested that there were three situations that resulted in not having a life- “One who depended on food from another man’s table; one ruled by his wife; one whose body was full of sores.” So on two of three counts, the poor man had no life according to Jewish thinking. He was considered a nobody, much like the guy who sleeps rough in the shop doorway and no-one disturbs. But the poor man had something that the rich man didn’t have, and that was a name. The rich man was just rich, but the poor man was Lazarus, a name which means ‘God helps’.

Having a name and being known by God is not evidenced in Lazarus’ life but it is brought home to him at his death. And conversely, the rich man’s opulence which would have been the subject of people’s praise throughout his life, is shown to be empty at his death. Lazarus is carried by angels to Abraham’s side in heaven, and the rich man goes to hell. The one who had nothing in life ends up with every blessing in God’s presence and the man who had everything in life ends up in agony. This is one of the great reversals in the Bible The rich man cries out to ‘Father Abraham’ for mercy and ironically requests the comforting presence of Lazarus, but Abraham replies that such an act is impossible because the two destinies are fixed. Why is Jesus telling such a story at this point? Well just a few verses earlier, Jesus declares this- “No servant can serve two masters. Either he will hate the one and love the other, or he will be devoted to the one and despise the other. You cannot serve both God and money.” (v13) Then Luke adds- “The Pharisees, who loved money, heard all this and were sneering at Jesus.” (v14) Outwardly the Pharisees were very religious and moral and would have been certainties for heaven in people’s eyes, but not God’s. He knew their hearts, and that they loved money rather than Him. This parable is therefore a massive warning to the ‘money loving’ Pharisees, and it’s a warning to us too. We often imagine hell to be full of perverts, liars, cheats, and deeply immoral people. But there will be plenty of people in hell also whose love for God was simply an outward show, and their real love was for other things, especially money!

The rich man faced up to the finality of his lot, but he wanted to do something. He asks Abraham to send Lazarus to warn his brothers so they’d not follow him to hell. Abraham responds- “They have Moses and the Prophets; let them listen to them.” But the rich man doesn’t like this- “No father Abraham, but if someone from the dead goes to them, they will repent.” People often think that some miraculous sign will wake people up and make them believe in God. But Abraham repeats- “If they do not listen to Moses and the prophets, they will not be convinced even if someone rises from the dead.” What the rich man’s brothers needed was already within their grasp, as they had the law and the prophets (shorthand for the Old Testament). Jesus has just declared something- “The law and the prophets were proclaimed until John (the Baptist). Since that time, the good news of the kingdom of God is being preached, and everyone is forcing his way into it.” (v16) The law and the prophets are fulfilled in Jesus. He is the King of God’s Kingdom. He is the one who makes it possible for sinful people to be reconciled to God and be welcomed into his heaven, through his death and resurrection. The Pharisees sneered at Jesus when they should have believed in Him. Someone would rise from the dead, the Lord Jesus, but they’d still reject him. The rich man’s warning to us is clear- Hell is real and awful and you don’t want to end up there. So what’s our only hope? It is the Lord Jesus. He is the one whom we are to believe and depend upon. One day we will have to say goodbye to all earthly treasure, so it’s vital that we know now the One who is our lasting treasure- the Lord Jesus.

Dear Lord God, forgive me for when I look to anything else for my security and hope in this life. Thank you for the warning that we cannot serve you and money. Help me to turn and put my trust in the Lord Jesus as my ultimate treasure. Amen