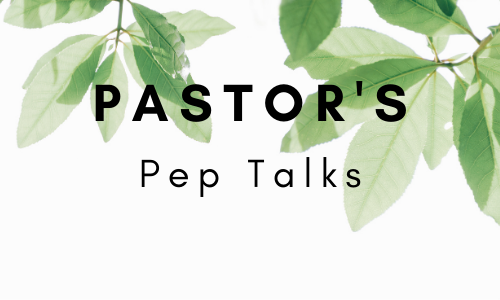 With lockdown restrictions loosening, God willing, life will be returning to some normality in the weeks and months ahead. From the 12th April churches will again be able to provide Sunday school and creche for the children (let us know if you’re planning to attend from the 18th April) and our hope is that from mid-June congregational singing will be permitted again. We pray that many people who’ve not been meeting in-person over the past year will choose to gather again in the weeks ahead, although we will continue to provide the livestream option. It’s all going to feel a bit strange and it’s almost like we are relaunching as a church. With this in mind, I thought it appropriate to remind ourselves of some of the distinctives of a local church from the Book of Acts. Not everything about the early church is replicable, but there are some features that hold true- the foundation, the heart and the practices.

Foundation- the Lordship of Christ

The context for our passage is that Peter has just preached his Pentecost sermon focusing on the life, death, resurrection and rule of Christ. The Jewish crowd were ‘cut to the heart’ (v37) and demanded to know what they should do, to which Peter replied- “Repent and be baptised, every one of you, in the name of Jesus Christ for the forgiveness of your sins. And you will receive the gift of the Holy Spirit.” (v38) Was that it? Well no, as v40 makes clear- “With many other words he warned them; and he pleaded with them, “Save yourselves from this corrupt generation.” He appealed to them in no uncertain terms to come out from the corrupt generation that they were a part of and yield their lives to Jesus Christ. Well, we’re told that about 3000 did just that, there and then, knowing the glorious reality of sins forgiven and experiencing the power of His Holy Spirit. They also marked this inward transformation by the outward sign of baptism. The challenge back then remains the challenge today for the church. We are to proclaim the truth about Christ and plead with people to turn and put their trust in him. The foundation of a church that prevails (ie keeps going and gains the ascendency) is the Lordship of Christ. It is a place where men and women, young and old, rich and poor, black and white, straight and gay, yield to Jesus Christ as the supreme authority in their lives and are reborn by God’s Spirit. We’re hoping to hold a Baptism service on Sunday 4th July. Wouldn’t it be great if some people were baptised that day who’d come to faith in Christ during the dark days of lockdown.

Heart- the Fellowship of Believers

It’s impossible to read these verses and not be struck by the believer’s commitment to one another, for example- “They devoted themselves to the apostles’ teaching and to the fellowship, to the breaking of bread and to prayer.” (v42) ‘Devoted’ means totally single-minded. There’s no suggestion that this new community of the church was just one of several competing interests in their lives. Similarly, in v44 “all the believers were together” and in v46, “everyday they continued to meet together” and in v46 they “ate together”. The early church had its problems and the Book of Acts doesn’t gloss over them, but the impression you get from this passage is the wholehearted commitment these believers displayed to one another. It’s been a tough few months as several lockdowns has impacted our ability to physically meet with one another, but I am heartened by the reports of many of you reaching out to one another with phone calls, meals, walks and random acts of kindness. As we move forward the depth of our fellowship as a church can be gauged by three things- spending time, speaking truth, and trusting one another. Of course, we have opposing forces to all of these in the form of our sinful natures, the world and Satan, that will try to convince us that these things aren’t as important as we think. However, don’t be deceived. Time, Truth and Trust will mark us out as a church that prevails.

Practices- the Stewardship of Possessions

In v44 we read, “All the believers were together and had everything in common. Selling their possessions and goods, they gave to anyone as he had need.” This practice is repeated in 4:32- “All the believers were one in heart and mind. No-one claimed that any of his possessions was his own, but they shared everything they had.” And then again in 4:34-35- “There were no needy persons among them. For from time to time those who owned lands and houses sold them, brought the money from the sales and put it at the apostles’ feet and it was distributed to anyone as he had need.” Luke then records a specific example of a man called Joseph doing just that. Some people interpret all this as meaning Christians mustn’t own things, God is anti-wealth and living in a commune should be our goal. This is not the case at all. What had taken place in these believer’s lives was a radical change in attitude towards their possessions. Having come to Jesus as Lord, they realized that everything they had really belonged to Him! They were now stewards. This flies in the face of our culture, where the emphasis is on MINE! My house, my car, my pension pot, my investments, my second home, my possessions etc. There’s a story of a wealthy Greek ship owner who went to the King of Greece and proudly promised the King any of his ships for his use. The King replied, “I don’t want your ships, I want you. For if I have you, then I’ll get your ships as well.” A church that prevails will be one where the believers are radically generous with their stuff because they know it belongs to Christ not them.

The American writer and Pastor Tim Keller put’s it well- “The church is not simply an aggregation of individuals who are saved, but it is a ‘pilot plant’ of what humanity would look like under the Lordship of Christ. We are to show the world a whole new way of being human.” May Ashford Cong be a church that prevails because we gladly live under the Lordship of Christ, we have a heart for one another, and are generous.