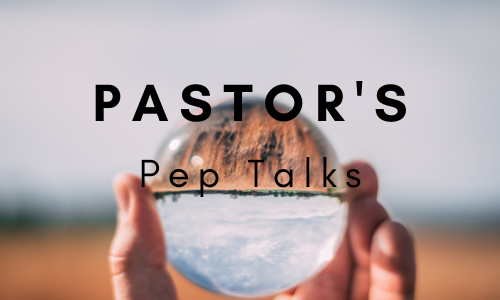 You don’t have to be of a melancholy disposition or a glass half-empty temperament to realise that the world we live in is seriously broken. This past year we have suffered the pain and disruption of a pandemic that has claimed more than 2.5 million lives worldwide. On top of the immense sadness that this is has brought many families is the cost that the pandemic has caused in terms of mental health, social interaction, and economic dislocation. This is in addition to the plight of millions facing famine, slavery, human trafficking, poverty, oppression and persecution. Where do we look to for hope in such a broken world? There are occasional rays of light, for example, the heroic exploits of Captain Tom (RIP), the production of vaccines, billionaires funding medical projects for the poor, climate initiatives, generous furlough schemes and legislation to tackle injustice. These offer help and hope to our broken world, but sadly the effects are often not long lasting. This week we’re looking at a bit of Mark’s Gospel that you’ve read as part of the Lent Challenge, that points to genuine hope.

This section of Mark’s Gospel has four short stories that underline the broken nature of the world we live in and human inability in the face of such challenges. The first is the forces of nature as the furious squall came up and the disciples in the boat feared for their lives. The second is the forces of evil as the demon-possessed man is a picture of utter despair, banished from society and living among the dead. The third is the forces of sickness as the woman had been chronically ill for twelve years and had exhausted all her resources in seeking medical help, but to no avail. And the last story is the forces of death, as the synagogue ruler Jairus, hoping that Jesus might come and heal his sick daughter, receives the news that she has passed away. Violent storms, evil, sickness, death. It’s a familiar picture isn’t it? This is the world we inhabit. And in the face of each of these challenges, individuals are absolutely helpless.

The Right Way Up!

Enter Jesus Christ into each story. Even though the disciples accuse a sleeping Jesus of not caring if they drown- “He got up, rebuked the wind and said to the waves, “Quiet! Be still!” (4:39). Bodies of water usually take hours if not days to die down after a violent storm, but once Jesus spoke, immediately the lake was like a millpond. To the evil spirit that held the man captive, Jesus commanded, “Come out of this man” (5:8) and the legion of evil spirits went into a herd of pigs who careered down the hillside to their deaths in the lake. But what of the man? Well, he was “sitting there, dressed and in his right mind” (5:15) When the chronically ill woman reached out and touched Jesus’ cloak- “Immediately her bleeding stopped and she felt in her body that she was freed from her suffering.” (5:29) What every physician and quack had failed to do, the power of Jesus sorted in a heartbeat. And to the lifeless body of a twelve year-old girl and beloved daughter, Jesus said to her- “Talitha koum!” (which means “Little girl, I say to you, get up!”) (5:41) And what happened? “Immediately the girl stood up and walked around.” (5:42) Violent storms, evil, sickness and death, marks of our broken world, all completely and instantaneously reversed. You see when Jesus acts, our upside-down world is turned the right way up, every time!

The Kingdom of God

As Jesus displays his power, the people who witness it respond in very different ways. To the disciples who feared for their lives, Jesus says- “Why are you so afraid? Do you still have no faith?” (4:40) What Jesus had done had terrified them so much that they asked each other- “Who is this? Even the wind and the waves obey him!” (4:41). To the townsfolk who saw the floating carcases of the pigs and the madman completely healed, they actually pleaded with Jesus to get out of town (5:17). They had no faith. The man himself, stayed put, and told many about what Jesus had done for him (5:20). He had faith. Jesus commends the woman he had healed for her actions, saying- “Daughter, your faith has healed you. Go in peace and be freed from your suffering.” (5:34) And to the father distraught at the news of his daughter’s death, Jesus said, “Don’t be afraid; just believe.” (5:36) Faith that was justified, as she was raised to life again and those who witnessed it were completely astonished (5:42). When Jesus burst on the scene in chapter 1, Mark records his first proclamation- “The time has come. The Kingdom of God is near. Repent and believe the good news!” (1:15) Jesus is the King of God’s Kingdom, and the right response to him is to put our faith in him.

Every one of us were made by God to be in a relationship with God, but sadly our sin separates us from God. But that is why Jesus came to this broken world, to deal with our sin through his death on the Cross and resurrection. When I put my faith in Jesus Christ, then I begin to experience life the right way up. I taste the reality of God’s Kingdom, because I know personally the King of that Kingdom. That doesn’t mean that here and now, everything will fall into place and be perfect. That is the false promise of the prosperity preacher. In this life we will still suffer and encounter hardship. However, in Christ, our lives are secure, and we have a genuine hope of a perfect eternity. As Paul tells the Romans- “We know that the whole creation has been groaning as in the pains of childbirth right up to the present time. Not only so, but we ourselves, who have the firstfruits of the Spirit, groan inwardly as we wait eagerly for our adoption as sons, the redemption of our bodies. For in this hope we were saved. But hope that is seen is no hope at all. Who hopes for what he already has? But if we hope for what we do not yet have, we wait for it patiently.” (8:22-25) Genuine hope!

“May the God of hope fill you with all joy and peace as you trust in him, so that you may overflow with hope by the power of the Holy Spirit” (Romans 15:13)