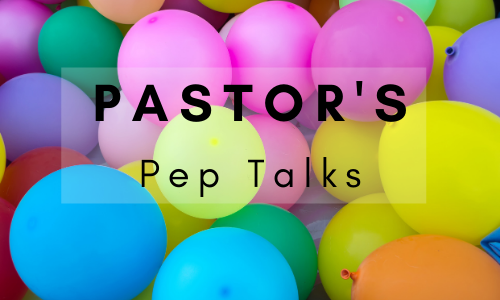 As we cleared up the dishes after Sunday lunch and were discussing that day’s sermon on the Prodigal Son, my mother-in-law said to me, “But what I think is so unfair is what happened to the older brother!” And she is not alone. You may have read or re-read the parable and thought to yourself that the Father seems to be rewarding the irresponsible behaviour of the younger son while the older son, who kept the rules, appears to lose out. Well, what we need to realise about this parable is that it is really about two lost sons. Both were rebels and alienated from the Father- one by being very ‘bad’ and the other by being very ‘good’. The opening verses (v1-2) of Luke 15 help us to understand this parable. The tax collectors and sinners, who were hanging on Jesus’ every word, would have identified themselves with the younger son who rebelled against the Father and yet was welcomed home by the Father. However, would the Pharisees and teachers of the Law, who were grumbling about Jesus welcoming sinners and eating with them, see themselves as the older brother?

“Meanwhile, the older son was in the field. When he came near the house, he heard music and dancing.” (v25) The scene that met the older brother coming in from work was probably his worst nightmare. So he asked one of the servants what was going on, and his fears were confirmed- “Your brother has come, and your father has killed the fattened calf because he has him back safe and sound.” (v27) This is not unlike the prophet Jonah being absolutely livid that God had shown mercy to the wicked Ninevites, even though he knew that God’s very nature is to show compassion and abound in love. Here’s the problem. The Gospel is good news for sinners, but not everyone can see it. Some of the most blind to it, are deeply religious, moral people, just like the Pharisees and teachers of the law. What was true then is true today also!

“The older brother became angry and refused to go in. So his father went out and pleaded with him.” (v28) In the first parable, the farmer who loses one of his hundred sheep goes off in search of that one lost sheep and finds it. In the second parable, the woman who loses one of her ten coins, turns the house upside down in search of that one lost coin and finds it. In this third parable, the father runs out to meet his younger son who he thought was lost and welcomes him home. But note this, the father also goes out to his lost older son and pleads with him to join the party. But he refuses and tells the Father why- “Look! All these years I’ve been slaving for you and never disobeyed your orders. Yet you never gave me even a young goat so I could celebrate with my friends. But when this son of yours who has squandered your property with prostitutes comes home, you kill the fattened calf for him!” (v29-30) The language the older son uses to describe his behaviour is not that of a loving, faithful son, but rather that of a servant expecting a reward. The older brother has only obeyed the father to get stuff from him and not out of love for him. That’s why he is so resentful about how the father has treated ‘this son of yours’ (note that he can’t even call him ‘his brother’ because he’s so angry.) The Pharisees and teachers of the law, like the older brother, believed that it was through their law keeping and morality that God would reward them. That’s why they were angry with Jesus for befriending tax collectors and sinners. The church is full of ‘older brothers’ who believe that God should reward them for their religious works and superior morality. But there’s a massive problem with such a mindset, even though it’s very common– it’s not the Gospel.

“‘My son,’ the father said, ‘you are always with me, and everything I have is yours. But we had to celebrate and be glad, because this brother of yours was dead and is alive again; he was lost and is found.’” What I love about this parable is the fact that the father has the last word. He leaves the door wide open for his older son to come into the party. But as for his brother, it’s simply great news that he’s come home and it’s right to party! Each of the three parables ends with rejoicing at what was lost being found (the sheep, the coin and the son) and Jesus says that this is a picture of the rejoicing in heaven over one sinner who repents (v7, 10). Of course, the younger son repented of his sin, “when he came to his senses” (v17) and turned back to this father. So what did the older brother do? Did he realise he was lost too and repent of his sin? Well Jesus doesn’t tell us. However, as Luke’s gospel unfolds, we know that the Pharisees and teachers of the law became ever hardened to Jesus and eventually got him executed. But in God’s sovereignty, this wicked act of human rebellion brought about the glorious purposes of God as it would be through his death that Jesus would save us. “For the Son of man came to seek and to save what was lost.” (19:10)

I will only see my need of Jesus as Saviour if I can see the problem of my sin. If I think my good works and morality is what puts me right with God, then I’m blind to my need of a Saviour because I’m trying to save myself. But when I can see that sin is not just the bad things I do but also the good things I do that I think make me right with God, repent of them and trust in Jesus, then I have believed the Gospel. It is only the amazing grace of God in Christ Jesus that can truly change us. It gives us an assurance of our relationship with God, a genuine love for lost people rather than a judgmental spirit and a humility in service of Christ and His church. You see, Jesus really does welcome sinners and eats with them (v2), and for that we’re eternally thankful!!

Dear Lord God. Forgive me for ever thinking that my good deeds in any way make you my debtor. Help me to see my sin in all its rebellion and pride and look only to Jesus as my Saviour. Thank you for your amazing grace in Christ Jesus. Amen