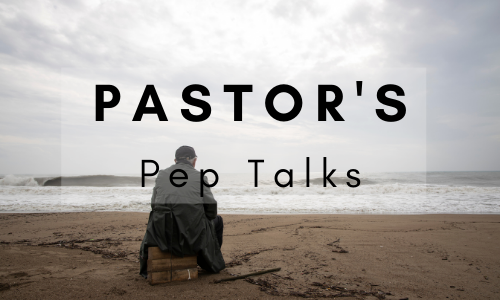 Relationships break down usually by one of two ways. They can end by a big bust-up where something happens, a line in the sand is crossed and there’s no going back. It might be through adultery in marriage or the discovery of some hidden lifestyle but the rift is sudden and explosive. But they can also end by simply drifting apart. There’s no anger, no fights, no yelling. In fact, there’s very little emotion at all, but there’s the problem. The life had ebbed from the relationship years before, if it ever existed in the first place? What’s true in human relationships is sadly also the case in terms of our relationship with God. Sometimes it’s a big bust up and sometimes a slow death. To help us to see this, we’re looking over the next two weeks at one of the most well-known and loved of all the parables that Jesus told, about the Lost Son. This week we’ll look at the Son who left and next week at his older brother who stayed at home.

The beginning of Luke 15 provides the context for the parable and the key to our understanding of it. “Now the tax collectors and “sinners” were all gathering round to hear him (Jesus). But the Pharisees and the teachers of the law muttered, “This man welcomes sinners, and eats with them.” (v1-2) Here you have two groups at opposite ends of the moral and religious spectrum. The tax collectors and sinners were the outcasts and the Pharisees and teachers of the law were the in-crowd. However, it is the outcasts who appear to be hanging on Jesus’ words whereas the religious in-crowd is grumbling about the company that this supposed Jewish Rabbi is keeping. Aware of this, Jesus tells three parables, the lost sheep, the lost coin and the lost son.

“Jesus continued: “There was a man who had two sons. The younger one said to his father, ‘Father, give me my share of the estate.’ So he divided his property between them. “Not long after that, the younger son got together all he had, set off for a distant country and there squandered his wealth in wild living.” In asking for his share of his inheritance the younger son was really wishing his father dead. Astonishingly, the father grants the request, and off goes the son with all his belongings and clearly no intention of ever returning. This is how many of us treat God, who is the Father in the story. We want things from him but we really don’t want him. We want to run our lives our way and don’t want anything to do with God. This would have resonated with the tax collectors and sinners as Jesus was describing them!

Well, when the money ran out, so did the friends who’d helped him to spend it and the man was all alone and in great need. In desperation he hired himself out and was given the job of feeding the pigs, which for a Jewish audience, was unthinkable. Things were so bad that he longed even for the pig’s food, “but no-one gave him anything.” (v16) In our fleeing from God we won’t necessarily lose everything like the younger son. In fact, we might meet with great success, but whatever we’ve been chasing does not fill us. Instead, there is emptiness. St Augustine’s confession to God nails it- “You have made us for yourself and our hearts are restless till they find their rest in you.”

“When he came to his senses” (v17). This is the hinge in the whole story, as the moment when the son wakes up to his true condition. He reasons that all his father’s hired servants are in a better position than he is, and importantly, he feels guilty. He realises that he has sinned against heaven and his father. And such is the depth of this conviction, that he thinks he’s completely forfeited his rights as a son and would settle for simply being a slave. So he heads home! In many ways, what Jesus describes here is the act of repentance. It is a waking up to our true spiritual condition before God and a turning towards Him. A returning home to where we rightly belong!

“But while he was still a long way off, his father saw him and was filled with compassion for him; he ran to his son, threw his arms around him and kissed him.” (v20b) What you cannot miss and should be blown away by are the actions of the Father towards the son who’d wanted nothing to do with him- he saw him, was filled with compassion for him, ran to him, embraced him, and kissed him. That’s not what I’d have done had I been the father and I doubt it’s what you’d have done either. Such is the grace and mercy of God. The son offers to make amends for his mistakes by working like a hired servant, but the father will have none of it. This is his son who he thought was dead but is alive, who was lost but is found and it was time to party!

We’ve all turned our backs on God and not wanted anything to do with him. But here’s the good news! No matter what has come between us, God wants to make it up with us. He waits for sinners like you and me to face up to the fact that we’ve wronged him and to return home. There we will encounter his grace and mercy as His sons and daughters and there will be rejoicing in heaven. How can we be so sure of this? The answer lies in the fact that God’s Son, the Lord Jesus, was cut-off from fellowship with his Father so we could come home. When Jesus cried out on the Cross, “My God, my God, why have you forsaken me?” (Mark 15:34) he was taking the punishment that our sins deserve and the separation from His Father so that we could be forgiven and return home. Jesus’ mission is clear- “For the Son of Man came to seek and to save what was lost.” (Luke 19:10) That’s why he “welcomes sinners and eats with them”!

Dear Lord God. Thank you that you know me better than I know myself. No matter how far I’ve strayed from you, thank you that in Jesus you came to seek me out and save me. Please forgive me for my rebellion and welcome me home. Amen.