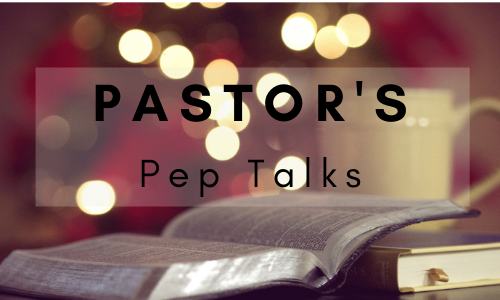 How close have you been to royalty? Maybe there will be some reading this who’ve been proud recipients of honours from the Queen or have attended a royal garden party at Buckingham Palace. Some might have joined the crowds in Windsor for celebrations and caught a glimpse of the Royal family passing by. Some might have been at Pizza Express in Woking on a very specific night! I’ve had a couple of brushes with royalty. In the early 90’s I was flying to Africa via Paris and the only other people in the first-class cabin (this was my stockbroker days not as a pastor) was Princess Michael of Kent, with a couple of bodyguards. Earlier in June 1987 I was invited by a certain drinks company to the polo at Smith’s Lawn, Windsor where Prince Charles competed for the Pimm’s Cup. This occasion is imprinted on my memory not for the royal connections but the fact that it was the first-date (after a three year separation) with the lady who would go on to become my wife!! Generally, when we get a chance to meet royalty or hear that they might be in the neighbourhood, we will make extra special efforts to look our best and sacrifice other things for the sake of seeing them.

This week’s Pep Talk continues the Christmas theme from Matthew’s Gospel as we look at the Wise Men from the east coming with their gifts for the new-born King.

Bethlehem is known to us, but it was not an especially big place. A census in 1596 indicated a population of just 1435 making it the 13th largest village in Palestine. That’s a tenth of the size of Stanwell. So ‘O Little Town of Bethlehem’ is wholly appropriate. It may have been small, but it had a rich heritage. In Genesis 35:19 it was in Bethlehem that Jacob laid to rest the love of his life, Rachel. The beautiful story of Ruth largely took place in Bethlehem. It was to Bethlehem that the Lord sent the prophet Samuel to find and anoint one of the sons of Jesse as Israel’s King. This would of course be David (1 Samuel 16:12). And the prophet Micah declared, as told by the chief priests in Matthew, “But you, Bethlehem, in the land of Judah, are by no means least among the rulers of Judah; for out of you will come a ruler who will be the shepherd of my people Israel.” And, as he goes on to say, from this little town would emerge one who would become the global leader of God’s people- “He will stand and shepherd his flock in the strength of the LORD, in the majesty of the name of the LORD his God. And they will live securely, for then his greatness will reach to the ends of the earth. And he will be their peace.” (Micah 5:4-5) Little did Caesar Augustus know that when he called the census, he was bringing to fulfilment the plan of God that the Christ would be born in Bethlehem. Such is the wonderful sovereignty of God over the affairs of this world.. As we reflect upon our own lives, we’d be amazed at how often God has used seemingly unrelated events or circumstances to bring about his purposes. Praise Him!

A little time after the birth of Jesus, during the reign of King Herod, Magi from the east came to Jerusalem and asked, “Where is the one who has been born king of the Jews?” They’d seen his star in the east and had come to worship him. The news of their visit found its way to King Herod, whom we’re told was “disturbed and all Jerusalem with him.” Although a Jew by birth, Herod was a puppet king of the Romans, put in place to keep the peace. He felt threatened by the news of this royal birth as it undermined his power base. That was why he pretended to the Magi that he wanted to worship this new king, when in reality he wanted to kill him. Psalm 2 tells us that this is would happen- “Why do the nations conspire and the people’s plot in vain? The kings of the earth take their stand and the rulers gather together against the LORD and against his anointed one.” (v1-2) Of course, this opposition to the Messiah would gather pace over the years, leading eventually to Jesus being nailed to a Roman cross with the inscription- THIS IS JESUS, THE KING OF THE JEWS. To all the by-standers this looked like the end, but in God’s sovereignty, this was the reason for His coming. Here is the One who would be our peace, establishing that peace with God, through His blood shed on the Cross. Although it’s not a carol, the words of this hymn express our thanks to Jesus not simply for what he has done, but for who He is- ‘My Jesus I love Thee; I know Thou art mine. For Thee all the follies of sin I resign. My gracious Redeemer, my Saviour art Thou. If ever I loved Thee, my Jesus ‘tis now.’

How does everyone react to the arrival of God’s King? Well let’s look at each of them-

Herod- As we’ve seen, he was paranoid about Jesus’ arrival as he was a threat. His paranoia explodes in the bloodbath in Bethlehem where he orders all boys under two to be killed. He simply wants to do away with Jesus. Plenty of people want to do away with Jesus today. They want to remove ‘Christ’ from ‘Christmas’. People are fearful of the challenge that Jesus represents to their ‘apparent’ control of life.

Religious Leaders- They know their stuff when consulted by Herod. They knew that the Christ would be born in Bethlehem and quote the Old Testament prophet to prove it. But the arrival of the Magi from the east doesn’t move them in wonder at what was unfolding but meets with apathy. There are plenty of well-taught people who know their Bibles, can answer questions, but there is no wonder and no spiritual life.

The Magi- Of the three, these are the only outsiders. They come from the east, following their own ‘religious’ system (as astrologers). They find the child and his mother, and they bow down in worship! Throughout the gospels, it is so often the outsider, the outcast, who sees their need of Jesus and falls in worship of him. But Jesus knew this- “It is not the healthy who need a doctor, but the sick. I have not come to call the righteous, but sinners.” (Mark 2:17).

How will you react to King Jesus this Christmas? Animosity, Apathy or Adoration?