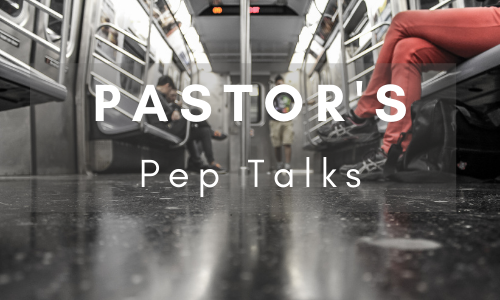 Having focused last week on the genealogy at the beginning of Matthew’s Gospel, and seeing what a messy royal family it is, I thought it would be good to focus this week on how Matthew recounts the birth of Jesus. To hopefully make this a bit more memorable, I’m using some London Underground stations to tell the story. So hop on the train (with your mask) and let’s take a journey together along a familiar route!

“This is how the birth of Jesus Christ came about: His mother Mary was pledged to be married to Joseph” A ‘Marriage Bond’ was an intention to marry; an ‘official’ engagement. Maybe it’s no accident that Bond Street is known for jewellers! In Mary and Joseph’s day the pledge to marry was strong. But there was a problem- “but before they came together, she was found to be with child through the Holy Spirit.” Joseph was unaware of the supernatural nature of Mary’s pregnancy, and would have assumed that she’d been unfaithful to him. The public shame would have been immense. “Because Joseph her husband was a righteous man and did not want to expose her to public disgrace, he had in mind to divorce her quietly.” This emphasizes how strong a Marriage Bond was; it was usually a ‘done-deal’. If this divorce could be done quietly then reputations stayed intact-ish.

“But after he had considered this, an angel of the Lord appeared to him in a dream and said, ‘Joseph son of David, do not be afraid to take Mary home as your wife, because what is conceived in her is from the Holy Spirit.”  The Angel addresses Joseph as ‘son of David’. This is not a literal son but rather from the royal line stretching back to King David. The genealogy Matthew began with is going to take a huge leap forward. The Angel puts Joseph mind at rest by informing him that the baby forming in his wife-to-be is through the supernatural intervention of the Holy Spirit and not because of her infidelity, so he can happily take Mary home as his wife. What a relief! Here is one to be born who would break the curse of Adam’s sin- “For if the many died by the trespass of the one man (Adam), how much more did God’s grace and the gift that came by the grace of the one man, Jesus Christ, overflow to the many!” (Romans 5:15) A Second Adam is arriving!

The Angel not only tells Joseph the origin of the special baby but also his mission in life- “She will give birth to a son, and you are to give him the name Jesus, because he will save his people from their sins.” Names in our culture have meanings but parents don’t agonise over them, if they did then why was I called ‘Keith’, which means ‘a dense wood’? No comment! But in the Bible the meaning of names is really important and none more so than ‘Jesus’ which means ‘the LORD Saves’. This means that Jesus is himself the LORD who saves and not merely the one through whom the Lord would save. So here is the promised King from David’s line who’d deliver his people from their enemy and be their peace. How would King Jesus do this? By dying on a cross. The enemy that we need defeating is our sin and the peace that we need to be established is with God. “For God was pleased to have all his fulness dwell in him, and through him to reconcile to himself all things, whether things on earth or things in heaven, by making people through his blood, shed on the cross.” (Colossians 1:19-20) Kings Cross is crucial on our journey!

“All this took place to fulfil what the LORD had said through the prophet: “The virgin will be with child and will give birth to a son, and they will call him Immanuel” – which means, “God with us.” In the Old Testament, God’s historic people Israel, were told to build a Temple and in the most sacred part of the building, behind a massive thick curtain, God appeared in a cloud. God’s glory would be in the midst of his people, but access to Him was restricted because of the people’s sin. Matthew then tells us something really important about Jesus, that had been prophesied hundreds of years before through Isaiah. God has now appeared to mankind in the Lord Jesus. He is the new Temple where we encounter God’s presence, no less wonderful, holy or glorious. As John writes at the beginning of his gospel- “The Word became flesh and made his dwelling among us. We have seen his glory, the glory of the One and Only, who came from the Father, full of grace and truth.” (1:14) Following Christ’s death on the Cross, the curtain in the Temple was torn in two, making it possible for sinners to enjoy God’s presence though faith in the Lord Jesus.

Now, at this point I may be stretching things, but I’m assuming that the Angel spoke to Joseph in a dream at night rather than a daydream. “When Joseph woke up, he did what the angel of the Lord had commanded him and took Mary home as his wife. But he had no union with her until she gave birth to a son. And he gave him the name Jesus.” I don’t know about you, but I can barely remember my dreams and rarely would I want to action what I dreamt about, even if I was able. But Joseph had heard clearly from the Lord, and he obeys fully what God had told him to do, calling his son Jesus when he finally arrived- “in Bethlehem in Judea, during the time of King Herod.” (2:1) Mornington Crescent appears as a game on the Radio 4 programme called ‘I’m sorry I haven’t a clue!’. I hope that having read this week’s Pep Talk, you’re reminded again why Christ’s birth is such great news for us all and if asked by someone why Christians make such a big deal about Christmas, you won’t reply, “I’m sorry I haven’t a clue”. You see, if Jesus had not been born he would not have died. If he had not died, he would not have risen again. If he had not risen again, then our faith is a waste of time and we’re still in our sins! He was born- Hallelujah!