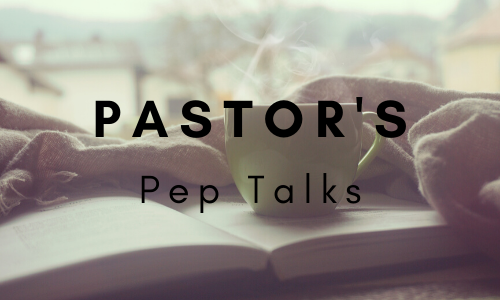 The day was Tuesday 17th November. It was my morning ‘quiet time’, coffee and toast in place, as I sat in my regular place at my normal time. Yes I am totally a creature of habit. I wrote the date in my notebook and the Psalm number that I was due to read that day. However, before I started reading, I wrote a few notes about how I was feeling, which in itself was something of a rarity and I realised that, for me, I was a bit low. There were several things that had been troubling me and undoubtedly lockdown2 and the current circumstances contributed to many of them. Having successfully got myself into a rather down mood, I then read Psalm 93-

The next entry in my notebook was telling- “Thank you Lord for Psalm 93!” What do we find in this little Psalm that can transform a person’s mood in a heartbeat?

The LORD reigns from all eternity (v1-2)

It is so comforting to know that whatever our mood, whatever the circumstances we might find ourselves in, whatever the global situation, the LORD reigns. He always has done and He always will do. Indeed, the world that we live in is a secure place to be, because the LORD who created it and sustains it is always seated on His throne. Our culture generally dismisses God and places man at the front and centre in absolutely everything. This lay at the heart of man’s original sin- Satan promised that when man ate of the fruit that God had prohibited him to eat, “your eyes will be opened, and you will be like God, knowing good from evil.” (Gen 3:5) Man has been battling the delusion ever since that we are in charge of our lives and the world we live in. We are not, never have been and never will be. This was a truth that I needed to be reminded of yet again last Tuesday morning. We often get frustrated and anxious about things in life because we forget this truth and succumb to Satan’s lie that we are in charge. However old our world is, there is not one millisecond, that God has not been reigning. This is great news- we mustn’t forget it!

The LORD is mighty over the world’s chaos (v3-4)

The seas and oceans are often used throughout the scriptures as a metaphor for chaos, be it in the created order, amongst the nations or spiritual forces. There are multiple indicators the author uses to represent a situation of extreme chaos and opposition to God’s rule: the three-fold mention of the seas “lifted up” and the fact that twice he mentions that this is “mightier than the thunder of the great waters” and “mightier than the breakers of the sea.” In the last 100 or so years we’ve had two world wars, numerous localised wars, ethnic cleansings, atomic bombs and revolutions. There have been earthquakes, tsunami’s, floods, famines and hurricanes. Add to this the diseases, pandemics, inequalities, and human abuse. Then there is the damage that we are causing the environment by our selfish lifestyles and ignorance. The world is indeed a picture of chaos, and if that is only where a person looks, then there is more than enough ammunition for depression and outright despair. But there is something we need to know- “the LORD on high is mighty.” (v4) No matter how mighty the forces of evil and chaos appear, there is always one mightier, the LORD. At which point my mind immediately went to three words that Jesus uttered when he was in the boat with his disciples in the face of a violent storm- “Quiet! Be still!” (Mark 4:39). At which point the wind died down and it was like a millpond. That proves who is mighty and gives us a taste of His Kingdom!!

All this talk of mightiness could leave us thinking that it is just about the one who has superior power, like the world’s strongest man contest. However, the Psalm ends by focusing our attention upon God’s character. “Your statutes stand firm” speaks of the permanence and unchanging nature of God’s Word. His Word can be trusted because He can be trusted. This is not simply a truth that we’re to know in our heads, but one that we’re to put into practice, as Jesus one day famously taught- “Therefore everyone who hears these words of mine and puts them into practice is like the wise man who built his house on the rock. The rain came down, the streams rose, and the winds blew and beat against that house; yet it did not fall, because it had its foundations on the rock.” (Matt 7:24-25) The storms of life may rage and batter our lives but if we’re trusting Christ, then we will be able to stand firm. When we build our lives upon God’s word the Psalmist ends by telling us what happens- “holiness adorns your house for endless days, O LORD.” Our God is holy, absolutely and in every way, and he calls his people to the same end- “Be holy because I, the LORD your God, am holy.” (Leviticus 19:2) The work of his Spirit in our lives as followers of Christ, as we obey his word, is holiness. This is not merely a momentary thing but what adorns God’s house forever. We begin to live now, albeit imperfectly, how we will one day live forever.

So Psalm 93, a psalm with only five short verses, had a transforming effect upon how I went into Tuesday 17th November. I was no longer weighed down by or anxious about the things that weren’t right in my life, but confident that the Lord had it all in hand. What I needed to do was trust him, thank Him for His powerful Word and His Spirit, and commit the day before me into his able hands. Then go for it!!