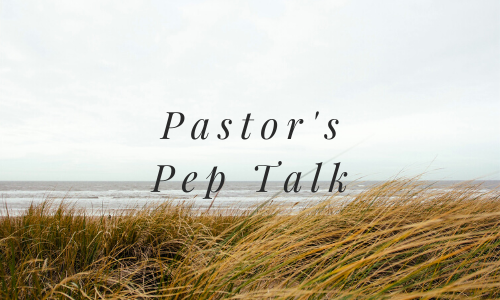 Walk around London for a day (pre or post Covid) with your eyes and ears wide open with this question in your mind, ‘what do people live for?’ What would hit you? You’d see most people attached to their phones. Others are posing for selfies to show all their followers where they are and how cool they look. Coffee shops and pubs are doing a roaring trade as friends sample the latest exotic coffee blend or the coolest IPA. There’s food to be had from all around the world on every street corner with exotic smells filling the air. Top of the range motors glide past and everyone looks and assumes it’s a celeb behind the tinted windscreen. A few football fans make their way to the match adorned in their club colours and singing an anthem known only to them. Then there are all the shoppers, laden with bags from all the top High Street names. You’re struck by just how many different languages and cultures are living and playing side by side in this great bustling cosmopolitan city. Some people love cities and others loathe them, but a city will show you, if you care to look, what sort of things people are living for, what they’re worshipping! You see, worship isn’t merely a religious word. It comes from the old English word ‘worth-ship’ and describes whatever we give ultimate worth or value to. It might be God but it’s just as likely to be a football team, a relationship or our looks. So everyone worships something.

This week’s passage from Acts 17 describes the Apostle Paul’s first visit to the city of Athens. At the time it was the cultural capital of the world, where all the philosophers (bloggers) of the day hung out. As he walked around, we’re told he saw a city “full of idols”. Thousands of shrines, temples, altars and statues where people worshipped their god-substitutes (that’s what idols are). Paul starts to talk to people about Jesus and the Resurrection and this gets their attention, so they want him to address the City council (Areopagus). Paul is very respectful, but he doesn’t hold back. He tells them six truths about the real God who they should be worshipping.

Truth #2- He keeps everything going (v25) “And he is not served by human hands, as if he needed anything, because he himself gives all men life and breath and everything else.” Check your pulse. Do you know why you can feel a pulse? It’s because God is keeping you alive! That’s quite a thought isn’t it?

Truth #3- He rules over history & people (v26) “From one man he made every nation of men, that they should inhabit the whole earth; and he determined the times set for them and the exact places where they should live.” From the first man Adam every nation on the planet emerged. It’s no accident that we live in Spelthorne in 2020 as opposed to Renaissance France! God determined it. He has a plan for your life.

Truth #4- He made us for relationship with Him (v27-28a) “God did this so that men would seek him and perhaps reach out for him and find him, though he is not far from each one of us. “For in him we live and move and have our being.”” God doesn’t need our loyalty to make him feel important, unlike someone like Kim Jong Un in North Korea. That man rules totally by fear- be loyal to me or else. But God made us for a relationship with him, not built on fear but on love.

Truth #5- He’s shown us what He is like in Jesus (v28b-29) “As some of your own poets have said, “We are his offspring.” Therefore since we are God’s offspring, we should not think that the divine being is like gold or silver or stone- an image made by man’s design and skill.” Several years ago there used to be a little doll called Polly Pocket. Children loved playing with Polly because they could organise her world and Polly only did what they wanted her to do. This is what people try to do with God. We shrink God down to our size and we call all the shots. We have a god of our own making. But God has revealed himself to us perfectly in the Lord Jesus and we do not need to imagine what He is like. He has done this to restore our relationship with him.

Truth #6- He’s made Jesus the Judge everyone will face (v30-31) “In the past God overlooked such ignorance, but now he commands all people everywhere to repent. For he has set a day when he will judge the world with justice by the man he has appointed. He has given proof of this to all men by raising him from the dead.” God has set a day when through His Son he will judge everyone who has ever lived. As Jesus has perfect knowledge of us, his judgement will be just, right, and final.

A Call to Action- To people worshipping false gods, whether in Athens, London or anywhere else, Paul reveals the true God. This isn’t merely an information exercise but a call to action as v30 makes clear- “In the past God overlooked such ignorance, but now he commands all people everywhere to repent.” Most of us don’t like being told what to do. We like to feel like we’re making our own decisions. But here is the God who made us commanding us to act- to turn from our ‘god substitutes’ and to put our faith in Him, the one true and living God. How did it go down in Athens? Well some sneered, some were undecided and wanted to hear more from Paul and a few became believers! (v32-34) What about you? What are you living for? What do you look to for your ultimate worth? Is it your money or possessions, your work or ministry, your family or a relationship, your achievements or pleasure? None of these are bad things, but gifts from a good God for our temporal enjoyment in this life. But we are all made by and for someone greater, and that is the Lord Jesus. He himself put it like this one day- “I tell you the truth, whoever hears my word and believes him who sent me has eternal life and will not be condemned (at the judgment to come); he has crossed over from death to life.” (John 5:24) Why not speak to God today?