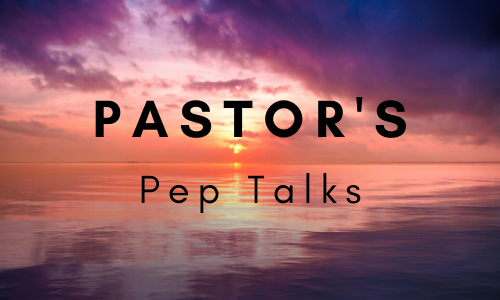 Approaching lockdown in March, knowing that summer was around the corner was one thing, but facing further restrictions with winter on the horizon is quite another. Uncertainty therefore abounds. What tier are we in? Can we travel from this tier to that tier? Who are we allowed to meet with? What’s going to happen at Christmas? Will our jobs be disappearing soon? Such uncertainty has, not surprisingly, spawned a lot of fear amongst people and a sense of powerlessness. There is no doubt that Covid has impacted all of our lives so profoundly that many of us wonder whether life will ever return to normal. In such uncertain times, faith should make a difference, but how? In order to see this we’re dropping anchor this week in a short passage in Matthew’s Gospel that both Mark (9:14-29) and Luke (9:37-43) record.

Jesus had been up the mountain with Peter, James and John for what was a never to be forgotten experience, however, upon their descent were met with a scene of abject failure. (How often in life are great spiritual highs followed immediately by valleys of despair!) A man approaches Jesus and asks him to heal his son who had seizures and suffered greatly. The man informs Jesus – “I brought him to your disciples, but they could not heal him.” (v16) Back in chapter 10:1 Jesus had called his disciples to himself and “gave them authority to drive out evil spirits and to heal every disease and sickness.” So something had clearly gone wrong. Had the disciples lost their touch? Had Jesus withdrawn his authority? The disciples were confronted by a situation that they were utterly powerlessness to change, not unlike us in the face of Covid. It has been humbling to realise that we are not as in control of our lives and circumstances as perhaps we had once thought.

Jesus doesn’t appear to hold back on where the problem lay- “O unbelieving and perverse generation,” Jesus replied, “how long shall I stay with you? How long shall I put up with you?” Jesus is grieved by the level of unbelief that is being exhibited by everyone, with more than a hint of his forthcoming departure (v22-23). But the people’s unbelief is no barrier to Jesus acting- “Bring the boy here to me” Jesus rebuked the demon, and it came out of the boy, and he was healed from that moment.” Not surprisingly this provokes a response from the disciples when they are alone with Jesus- “Why couldn’t we drive it out?” To which Jesus replies “Because you have little faith.” This story is set in the context of several incidents (feeding of the 5000, feeding of the 4000, Jesus walking on water, the faith of the Canaanite woman) where the disciples display a distinct lack of faith in Jesus. The “little faith” that Jesus refers to is not the quantity of it but the quality of it. It was not faith in God. Covid has also exposed a lack of faith in many who would claim to be followers of Christ. Many genuine believers are living more in fear of Covid than in fear of the Lord.

Jesus often says “I tell you the truth”. It is his way of getting our attention. We might say “Listen up!” So what does he want us to grasp? “If you have faith as small as a mustard seed” and we all know how tiny a mustard seed is don’t we! So it’s not the quantity of faith but the quality of it that matters. It needs to be faith in God. Any other faith is misplaced in that it resides in something or someone who can’t deliver. And tiny faith in the One who has ultimate power will accomplish great things. “You can say to this mountain, ‘Move from here to there’ and it will move. Nothing will be impossible for you.” Jesus isn’t suggesting that by our faith in God we can say to Mount Everest or the Eiger, “On yer bike son”, but rather through faith in God we can overcome great obstacles. As one writer puts it- “It is not the amount of faith which brings the impossible within reach, but the power of God, which is available, to even the smallest faith.” Sadly, as many Christians grow in their knowledge about God, their actual dependence upon God shrinks. Faith is not an intellectual exercise but a practical, day to day reliance upon the power of the living and true God.

Some of you may be wondering where v21 is? The answer is in the footnotes- “But this kind does not go out except by prayer and fasting.” Commentators aren’t in total agreement about whether Matthew included this verse in his account but Mark does (9:29). Where Christians are living in genuine reliance upon the Lord, then such faith will be exhibited by earnest prayer and times of fasting. If Jesus didn’t expect his people to fast from time to time he wouldn’t have instructed us in 6:16- “When you fast…” Note that this comes just after the section where he says- “And when you pray…” (6:5) Remember when Jonah eventually turned up in Nineveh and proclaimed God’s impending judgment on the nation’s wickedness the response was swift and clear- “The Ninevites believed God. They declared a fast, and all of them, from the greatest to the least, put on sackcloth.” (Jonah 3:5) How much have we, as God’s people, simply settled for Covid as the reality and are just hoping for a vaccine, as opposed to genuinely seeking God’s intervention through times of prayer and fasting? I for one am guilty of not doing so, and I suspect I’m not alone. So let’s begin to seek the Lord collectively in this vital matter. It starts in our own prayer times alone and at home. May it extend to our small groups and to our weekly Sunday night prayer meetings and beyond. Our faith is not in the passion of our praying or the fervour of our fasting, but in the power of God. True faith relies on God and his great power to do what is humanly impossible. “If my people, who are called by my name, will humble themselves and pray and seek my face and turn from their wicked ways, then I will hear from heaven and will forgive their sin and will heal their land.” (2 Chronicles 7:14)