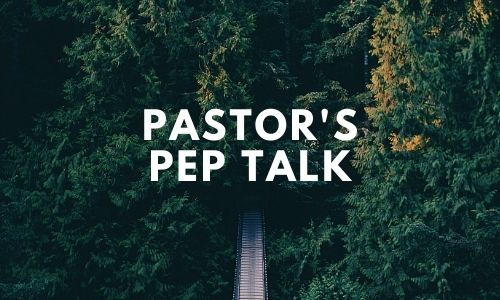 Whenever I hear a certain boy’s name from my secondary school (I mustn’t give his name), I immediately think of the same thing- short trousers! You see this boy stood out on day one as the only one at senior school who wore short trousers. Hopefully by now, almost 50 years on, he’s over the teasing. He was distinctive but not necessarily for the right reasons. As followers of Christ we are to be distinctive in the world, not because of the clothes we wear or because we are weird or wacky, but because we are living obediently to God’s word. This week we go back to the Book of Exodus and see how such distinctive living has always been the case for God’s people.

Where the Lord has brought his people (v1-3)

God’s people had been on the road for three months and they seemed no nearer to the ‘land of milk and honey’ that God had promised (Ex 3:8) than when they started out. Here they were at Mount Sinai in the wild, mountainous, desert terrain and the people no doubt looked back with fondness to the land of food and plenty they’d left behind in Egypt (Ex 16:3). Their confidence was probably at a low ebb and even Moses may have been unsure as to what the Lord was up to, but God had given his leader his word- “I will be with you. And this will be the sign to you that it is I who have sent you: When you have brought the people out of Egypt, you will worship God on this mountain.” (Ex 3:12) So God had his people right where he wanted them. Indeed for the rest of the Book of Exodus the people stay at Mount Sinai (a period of about a year) and Moses ascends the mountain seven times to receive special words from the Lord for his people before they continue their journey to the Promised Land. It’s often the case that we listen to the Lord most attentively when we’re in the uncomfortable wilderness times rather than when the sky is blue and all is going well.

What the Lord has done (v4)

So Moses goes up the mountain for the first time and God commissions His servant to speak- “This is what you are to say to the house of Jacob and what you are to tell the people of Israel:” (v3) The Lord begins by reminding his people what he’s done- “You yourselves have seen what I did to Egypt, and how I carried you on eagles’ wings and brought you to myself.” (v4) The Lord reminds his people of three things they’ve seen him do, which is almost a summary of Exodus 6-19. Note it’s all in the past tense. Firstly, although Egypt was the superpower of the day, she was utterly powerless as God sent His plagues upon the nation. Secondly, the Lord carried his people on eagles’ wings, delivering them miraculously from slavery in Egypt. The eagle was a symbol of care and protection. Finally, he brought his people to himself, welcoming them into his presence and allowing them to be in relationship with him. Why? Purely because God extended his grace to an undeserving and disobedient people! The same is true for us. “For it is by grace you have been saved, through faith- and this is not from yourselves, it is the gift of God- not by works, so that no-one can boast.” (Ephesians 2:8-9) Our distinctiveness as God’s people in the world is not based upon what we do for him but upon what he has gloriously done for us in Christ. “For Christ died for sins once for all, the righteous for the unrighteous, to bring you to God.” (1 Peter 3:18)

What the Lord requires (v5a)

“Now if you obey me fully and keep my covenant”. Note that the tense changes here to the future tense. Having performed the great act of deliverance for his people God establishes his covenant. This was not a two-sided agreement between God and his people but one that God unilaterally decided and brought into being. The important ‘if’ of v5 doesn’t relate to our covenant status but to our covenant enjoyment. In order to enjoy the blessings of the covenant as his people God tells us what we must do, “obey me fully and keep my covenant.” Our God is a God who speaks to his people and a mark of belonging to God is that we listen to and obey his word. God’s people were about to receive the 10 Commandments (Ex 20ff) and these laws didn’t save them but showed them as his saved people how to live. As Christians the right response to God’s gracious act of salvation through Christ is obedience to his word. This is how we show our faith in Christ as genuine. James puts it well- “Do not merely listen to the word, and so deceive yourselves. Do what it says.” (1:21) So our distinctiveness as God’s people in the world is not doing crazy, attention-seeking things or retreating into holy huddles but by living obediently to God’s word.

What the Lord promises (v5b-6a)

The Lord then lays out the blessings enjoyed by his people as a result of the covenant. Firstly, they will be ‘my treasured possession’. Out of all the nations of the world God chose Israel as his very own treasure. Secondly, they will be “for me a kingdom of priests”. As a priestly kingdom, Israel was to represent God to the world through mission and represent the world to God through prayer. Thirdly, they would be “a holy nation”. Israel was to be distinctive to all the nations of the world, displaying the divine nature and living in the likeness of God their Saviour. What was true for Israel then is true for the church today as Peter writes- “But you are a chosen people, a royal priesthood, a holy nation, a people belonging to God, that you may declare the praises of him who called you out of darkness into his wonderful light.” (1 Peter 2:9). As God’s chosen people we are to live distinctive lives in the world as Peter goes on to say- “Live such good lives among the pagans that, though they accuse you of doing wrong, they may see your good deeds and glorify God on the day he visits us.” (2:12)

Dear Lord God, thank you that you took the initiative in Christ to reach out and rescue us. Thank you that this is completely a work of your grace. Help us as your blood-bought people to walk in step with your Spirit and live obedient lives. May we not live in fear of those around us but shine brightly for you in the darkness. Amen