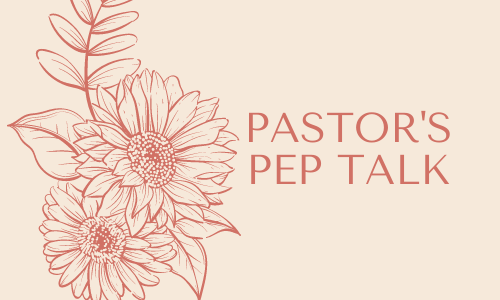 From early on in life we develop an attitude of “who is in” and “who is out”. At school it might be based upon friends, fashion, music and hobbies. I confess that for a short time during my school years I was a train spotter. I was definitely “out”! As we get older you’d hope that such attitudes would disappear, but sadly “who is in” and “who is out” becomes even more entrenched- based upon political views, opinions about climate change, academic achievements, jobs, how a person spends their money, race and more. What is even more tragic is that even those who profess to be followers of Jesus Christ often continue with a “who is in” and “who is out” attitude in life. This explains why, in general, churches will often contain people just like us.

If you’re not familiar with the story of Jonah please read chapters 1-3 at this point. After one of the most effective evangelistic missions the world has ever known, with the wicked Ninevites repenting and turning to the Lord in huge numbers, you’d have thought that God’s prophet Jonah would have been delighted. However chapter 4 begins with these words- “But Jonah was greatly displeased and angry.” (4:1)

What was Jonah’s problem?

Jonah knew exactly what His God was like, “gracious and compassionate, slow to anger and abounding in love, a God who relents from sending calamity.” (4:2) This is one of the central truths about God running through the Bible. But this was the very reason why Jonah ran the other way in the first place! The Assyrians, whose capital was Nineveh, were a brutal bunch and Jonah could not conceive of His God showing them mercy. You see, Jonah was a religious ‘insider’ who’d come to believe that he was worthy of God’s favour. His twisted thinking was that his people had been chosen by God because there was something good about them. Not only did this result in pride, but it also meant that he looked disdainfully upon religious ‘outsiders’ like the Ninevites. The Israelites were ‘in’ & the Ninevites were ‘out’. Such spiritual pride is something Jesus regularly exposes, particularly amongst the Pharisees and teachers of the law, and sadly it is just as prevalent today. We take pride in our ‘sound theology’ and are dismissive of those who don’t see things our way. We take pride in our ‘superior morality’, and we look down on people who don’t live like we do. We take pride in ‘our church’, but it’s there to meet our needs and isn’t for the outsider.

How was Jonah’s problem exposed?

People often go around in life fearing failure, but for Jonah it was the very opposite, as he feared success. His worst nightmare had just unfolded before his very eyes as the Ninevites repented. This explains why three times in this final chapter Jonah wants to die (v3, 8, 9). You see Jonah had an idol, or god-substitute. It was his race. The test of an idol in our lives is very simple. If it succeeds, then we will feel proud and superior to others, but if it fails, then we will be despairing, perhaps even wanting to die, just like Jonah. When Jonah went and sat on the east of the city (v5), it was probably still his hope that God would pour out his wrath upon the wicked Ninevites, because in his eyes, that is what they deserved. When someone is as angry as Jonah, there are three ways to react to them. You can tell them it’s OK to be angry and get it off their chest which makes them feel justified. You could tell them that it’s really wrong which makes them feel guilty. Or you can get them to think about their anger. It’s the last option that God uses, as three times in this final chapter he poses Jonah a question about his anger (v4, 9, 11). Do you see how patient God is with this proud, rebellious and angry prophet. Think about how patient he is with us too!!

What did Jonah need?

As Jonah sat on the hillside, God does something for Jonah to help him see what he needs. Firstly, he provides a vine (v6) which Jonah loves as it gave him shade. Secondly, he provides a worm (v7) which ate the vine. Thirdly, he provided a scorching east wind (v8) that makes Jonah’s life unbearable. Do you see how Jonah’s mood changes because of his circumstances? Aren’t we just the same? Then God gives the answer in v10- “You have been concerned about this vine, though you did not tend it or make it grow. It sprang up overnight and died overnight.” It’s all about what God does and not about Jonah. Remember Jonah’s problem- spiritual pride. He misguidedly thought that his people were chosen by God because of something good about them. That’s why he looks down on the Ninevites. But here God is reminding proud Jonah that it is completely a work of his grace. God’s unmerited love towards sinners. This is the medicine that Jonah needed to take and that we need to take daily as our hearts veer towards pride. As Rosemary Nixon puts it- “In a world which seeks salvation through security offered by systems and rules, God’s people are those who resist creating security in anything other than God’s grace.”

-“Who is in” and “who is out”, cannot be the attitude of anyone who has genuinely tasted the grace of God in Christ Jesus. When God’s grace changes us, we’ll be more loving to others, especially people not like us. This will transform our lives & churches.

-God ends with a question, “Should I not be concerned about that great city?” (4:11) or put another way, “I was good to you and you didn’t deserve it; why shouldn’t I be good to others who don’t deserve it?” How does this truth challenge your attitude?

Dear Lord God, thank you for your patience with me, a sinner. Please help me to see that my standing before you is not down to my performance but because of your grace to me through faith in Your Son, the Lord Jesus. Help me by your Spirit at work in me to be loving and compassionate to all people you bring into my life. Amen