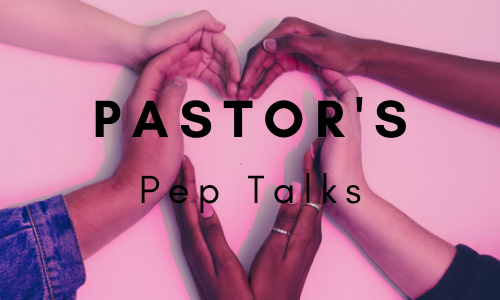 Two stories dominated the news this past week, apart from Covid. The first was the journey by Dominic Cummings 260 miles north to Durham during Lockdown and his subsequent foray to Barnard Castle. A decision which provoked a feeding frenzy amongst journalists and accusations of ‘one rule for them & another rule for us!’. Whether that was the case is not for me to comment, but it exposed the class division rooted in our society. Of greater magnitude however, was the death of a black man called George Floyd at the hands of white police officers in Minneapolis. A death which has sparked mass protests, even in London, and violent clashes across many US cities. Such incidents are all too frequent in America, exposing the deep racial divisions that exist. Sadly, all societies have their pressure points whether it’s race, class, gender, politics or religion. In the early 1970’s The New Seekers had a song with these heartfelt lyrics- “I’d like to see the world for once all standing hand in hand, and hear the echo through the hills for peace throughout the land.” (‘I’d like to teach the world to sing’). It reflected a naïve optimism about humanity. Of course, most people would rather experience peace than conflict, harmony than hatred, but thousands of years of human history has shown our inability to establish and maintain such a peace. But what is impossible for man is possible for God as we shall see.

Peace with One Another

“For he himself (Jesus) is our peace, who has made the two one and has destroyed the barrier, the dividing wall of hostility, by abolishing in his flesh the law with its commandments and regulations.” (v14-15a) Paul describes the fact that the Jew and Gentile are now one. In 21stC Britain we don’t appreciate the hostility that existed between these groups. This peace was a miracle. It was not achieved by human negotiations but through Christ. “He is our peace”. And Jesus’ aim in all this- “His purpose was to create in himself one new man out of the two, thus making peace” (v15b) This is the church. What humanity inwardly craves but is powerless to achieve, God has done in and through His Son. The church is the only entity on earth where human divisions should be removed, be they race, class, wealth, nationality, politics or gender. As a Christian, my identity is no longer in my skin colour, schooling or occupation, but is found in my Saviour. That’s why someone described the church as a ‘pilot plant of a new humanity’. As we work our way through Ephesians, we’re seeing that God’s eternal plan is to unite all things together under the headship of Christ. The foretaste of what this looks like today in the world is none other than, the church!

But this peace through Christ was not simply between diverse and formerly hostile people’s groups but it was first and foremost peace with God- “and in this one body to reconcile both of them to God through the cross, by which he put to death their hostility.” (v16) As Ephesians 2:1-3 makes clear, as humans we are by nature dead in our sin, captive to the ways of the world and the wiles of Satan, and objects of God’s wrath. We are not by nature God’s friends but his enemies. This is what is really wrong with the world, of which human divisions and hostilities are merely symptoms. But it was through the wrath-bearing death of Christ that we are reconciled to God. And the peace with God that Christ accomplished through his death on the cross is the universal solution to the human problem of sin. “He came and preached peace to you who were far away (the Gentiles) and peace to those who were near (the Jews). For through him (Jesus) we both have access to the Father by one Spirit.” (v17-18) God doesn’t have his favourites. There’s no pecking-order. Every Christian, whoever they are, has access directly to our heavenly Father through the Spirit. What a privilege!

Undoubtedly the violent protests in America has provoked many calls for peace and we trust that calm will be restored very soon. The ongoing worldwide devastation caused by Covid has left all of us yearning for an end to the pandemic and at some point it will come to an end. And even events like Dominic Cummings northern escapade and the furious response it provoked, will blow over and people will move on. However, all of these events are reminders that this world is not as it is meant to be because we’re not as we’re meant to be. But the good news is that God has done something about this broken world full of broken people. He has reconciled us to himself through His Son and this peace is a lasting peace that nothing can destroy. “For I am convinced that neither death not life, neither angels nor demons, neither the present nor the future, not any powers, neither height nor depth, nor anything else in all creation, will be able to separate us from the love of God that is in Christ Jesus our Lord.” (Romans 8:38-39). The question is this, “Do you know this peace?”

-If you know this peace with God through Christ then not only give thanks to God for it but also be praying for courage and opportunities to tell others about it.

-If you don’t know this peace with God through Christ, then make this prayer yours.

Dear God, I realise that you’re supreme, perfect and holy and that I am a sinner who has rejected your loving rule and deserves your wrath. Thank you for coming to this world in Jesus and for taking the punishment for my sin on the cross. Help me today to turn from my own efforts at salvation and put my faith in Jesus, the only true Saviour. Help me to follow you by the power of your Spirit. In Jesus’ name. Amen