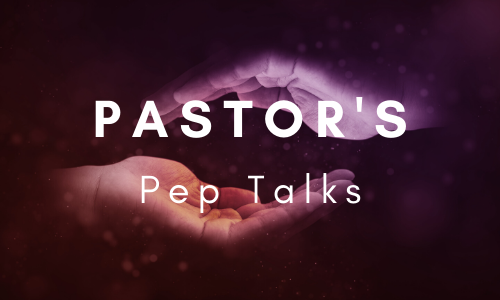 I’m indebted to a friend who showed me Tom Holland’s article in the Daily Telegraph (3/5) entitled, ‘Church leaders should not be talking like middle managers in this time of crisis’. Rather than looking to simply human solutions in the midst of the current crisis, Holland points us to the Old Testament character Job and what we learn from him not only about unjust suffering but also about God. So it’s to Job we go this week.

Three times in the opening two chapters Job is described as “blameless and upright; he feared God and shunned evil.” This doesn’t mean he was perfect, but simply a man of integrity whose walk with God was very sure. He was also very rich, with lots of children and livestock, described as “the greatest man among the people of the East”. In that culture, material blessings were seen as a sign of God’s favour and blessing. And in a time before the priesthood, even though Job was not an Israelite, he still performed sacrifices on behalf of his family for their sin. We’re not to compare ourselves with Job but simply realise that he was a regarded as Godly and great by all.

Then in two conversations between God and Satan, which Job is unaware of, Satan puts forward his theory. Since God has protected and blessed Job, is it any surprise that Job worships him? “But stretch out your hand and strike everything he has, and he will surely curse you to your face.” (1:11) And then one of the most unsettling and yet reassuring verses- “The LORD said to Satan, “Very well, then, everything he has is in your hands, but on the man himself do not lay a finger.” (1:12) God gives Satan permission to bring suffering upon Job, but only within the limits He has set. We need to know that God and Satan are not like two heavyweight boxers trading blows in an even contest. God rules over Satan completely. The full force of Satan’s destructive power is then felt by Job as he wipes out all ten of his children and his possessions (1:13-19). Then, in what is almost a mirror image of the first test, Satan puts his theory to the test again. “Skin for skin!” “A man will give all he has for his own life. But stretch out your hand and strike his flesh and bones, and he will surely curse you to your face.” (2:4) ie- rob someone of their physical health and their worship of God will evaporate. Once again God gives Satan permission, but with the limit set that Satan cannot take Job’s life. Satan afflicted Job with painful sores over his body. Job was a broken man.

Satan’s theory is that Job only worships God because of the blessing’s he has received from God. Take those blessings away and his faith will collapse. But what do we see after each test? When his entire family is wiped out, Job obviously mourns. “Then he fell to the ground in worship and said, “Naked I came from my mother’s womb, and naked I shall depart. The LORD gave and the LORD has taken away; may the name of the LORD be praised.” (1:21) He continues to trust God. Contrary to Satan’s theory, “In all this, Job did not sin by charging God with wrongdoing.” (1:22) Then after the second test of physical pain, even though his wife told him to “Curse God and die!”, Job maintained his faith as he replied- “You are talking like a foolish woman. Shall we accept good from God, and not trouble?” (2:10) Job worships God for who he is and not for what he gets from him. Again, contrary to Satan’s theory, “In all this, Job did not sin in what he said.” (2:10)

As I write, a friend remembers the fourth anniversary of her husband dying of cancer; a church family reel from the devastating diagnosis of stage four cancer in one of their children; a friend and her nine children come to terms with the death of her husband and their father through Covid-19. Unjust suffering is real, painful and closer to all of us then we’d like to admit. But, hard that it is to acknowledge, God is worthy of our worship whatever we’re facing. He can be trusted in all the crises of life. Although Job serves as a wonderful example to us, we needed one greater than Job.

The Suffering of Christ

Job’s riches to rags story was, in human terms, more extreme than any of us are likely to face, but it pales in comparison to the ultimate riches to rags story of the one- “who being in very nature God, did not consider equality with God as something to be grasped but made himself nothing, taking the very nature of a servant, being made in human likeness. And being found in appearance as a man, he humbled himself and became obedient to death- even death on a cross.” (Philippians 2:6-8) Job would lose his possessions, family and health, but Jesus would lose his life- for us! By his wounds we have been healed. Jesus blazed the trail of unjust suffering that leads to glory. Not only his glory, but ours too, if we have put our faith in Him.

Points to Ponder-“Afflictions are useful and in a degree necessary, to keep alive in us a conviction of the vanity and unsatisfying nature of the present world and all its enjoyments: to remind us that this world is not our rest, and to call our thoughts upwards, where our true treasure is, and where our heart ought to be.”(John Newton). Read Colossians 3:1-4 to gain a greater grasp of our heavenly treasure.

-Check out the Job sermon series ‘When Life Goes Wrong’

Prayer- Dear Lord God. None of us want to suffer and we hate to see others suffer, but it is a mark of our fallen world. Help us to see that you are Sovereign over all the suffering that we face and that in Christ you have dealt with it for good. May we keep our eyes fixed firmly on Him so we’d not grow weary and lose heart. Amen