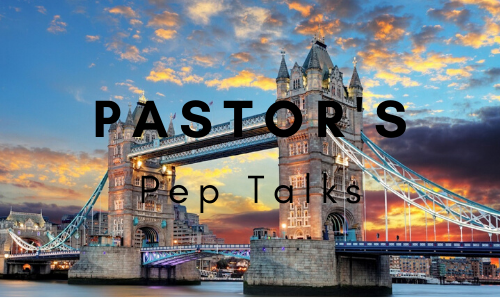 Tuesday 8th May 1945 was when the Allied Forces formally accepted the Nazi’s unconditional surrender and the Second World War came to an end. That day became known as V.E Day. After six years of bloody conflict with the huge loss of life, hardship and colossal upheaval experienced, was it any surprise that over a million people hit the streets in the UK alone to celebrate. The film footage of complete strangers dancing in Trafalgar Square, Churchill’s V-sign to the crowds and King George VI and Queen Elizabeth on the balcony of Buckingham Palace with Churchill are iconic. Only later did it emerge that the Royal Princess’s, Elizabeth & Margaret, were allowed out later to mingle incognito with the crowds. (Watch the 2015 film ‘A Royal Night Out’). This Friday is the 75th Anniversary of this great day and although the lockdown will prevent mass gatherings, hopefully we will all in our own small, local, social-distancing way, not miss the opportunity to mark the occasion. For those who lived through the war years, there must have been many times when you wondered, when would it end? Rather ironically, as we remember VE Day, many of us are wondering to ourselves, when will the pandemic end? Without wishing to diminish the memory of those who gave their lives in WW2 or to hijack Friday’s 75th Anniversary celebrations, it’s important that we keep an even greater victory at the forefront of our minds. 1 Corinthians 15 helps us to do this. We’re dropping in at the end of the chapter, but may I encourage you to read the rest.

In this final section Paul is looking forward to the moment of Christ’s return. “For the trumpet will sound, the dead will be raised imperishable, and we will all be changed.” (v52) What is perishable and mortal cannot inherit the Kingdom of God (v50), so we need to be transformed into imperishable and immortal beings. This will occur only after Christ returns. Then and only then we will experience the glorious victory over death long promised in scripture- “Death has been swallowed up in victory.” (Isaiah 25:8). Death, which has tyrannized man since our Fall (Genesis 2:17), will on that day be gone for good. And so we look forward to transformed bodies and a transformed world, where all problems and pain, sin and suffering, disease and death have passed away. As followers of Jesus Christ, we must never forget that the best is yet to come. Our confidence looking forward as followers of Christ is not a case of fingers crossed, touch wood, or being glass half-full people. What we must do is to look back.

In v55 Paul quotes the prophet Hosea (13:14) in a rather provocative, goading manner- “Where, O death, is your victory? Where, O death is your sting?” A bit like a victorious boxer taunting his opponent who’d been so confident ahead of the fight. Paul lays out the problem that every single one of us face. “The sting of death is sin, and the power of sin is the law.” (v56) It is the result of our rebellion against God that death came into the world in the first place. As Paul tells the Romans- “The wages of sin is death” (6:23). And sin is actually empowered by the Law. The Law was never the means of our salvation, but rather through the Law we become aware of our sinful condition and therefore our need of a Saviour. And here’s the great news that should be music to our ears- “But thanks be to God! He gives us the victory through our Lord Jesus Christ.” Jesus perfectly kept the Law for us (he is our righteousness) and he died the death that our sins deserved (he is our Saviour). And in His resurrection Jesus conquered death forever. Paul Barnett put’s Christ’s victory like this- “Death is like a schoolyard bully before whom other children cowered, until a Stronger One came along and defeated him, giving all the others freedom and hope.” Christ has already defeated Satan, sin and death. His victory guarantees ours.

Paul could have left it there, but he doesn’t. Hence the “Therefore”. He’s saying that Christ’s victory over sin and death that is presently ours by faith must impact how we live today. “Therefore, my dear brothers, stand firm. Let nothing move you. Always give yourselves fully to the work of the Lord, because you know that your labour in the Lord is not in vain.” (v58) Today, life may look rocky, circumstances are uncertain, lockdown is presenting huge challenges, a million and one things are demanding our attention. It is easy for us as followers of Jesus to lose our focus and become discouraged. But it is Jesus’ victory that keeps us grounded every day; giving ourselves fully to making Jesus’ victory known to others is the work that has an eternal impact. Perhaps the Lord will use this time when we can’t physically gather together in the church to remind us of the essential mission of the church!! “Therefore go and make disciples of all nations”. (Matthew 28:19)

-The Gospel message is all about Jesus. Look up 1 Cor 15:3-8 to see Paul’s marvellous summary of the Gospel- Died, Buried; Raised, Appeared.

-As we celebrate VE Day may we have opportunities to speak of VJ Day to others!!

Dear Lord God, thank you that in Christ you have won the victory over all opposing forces, especially Satan, sin and death. Thank you that by faith, his victory is our victory. Help us to walk in that victory each day. At this time of great uncertainty, give us the courage to speak of our victorious Lord Jesus. In His name. Amen