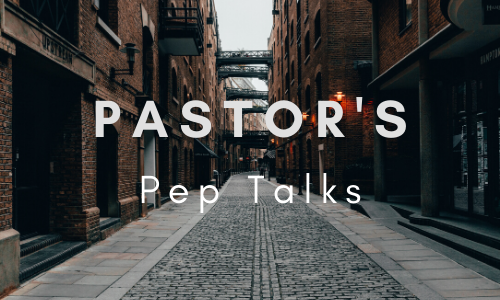 I, like many of you, miss our weekly gatherings- be it Sundays, Small Groups, Community Group, Toddlers Together, Adventurers, WIN etc. But there are also the more informal times together around the dinner table in our homes or meeting for coffee, lunch or going for a pint. A big part of me wants Coronavirus gone and life back to how we had it. It’s easy to bemoan what’s been lost rather than embrace what’s opened up. This reminded me of a situation in Acts 8.

Problem- Stephen had just been martyred. As Saul was giving approval to his death it is recorded- “On that day a great persecution broke out against the church at Jerusalem, and all except the apostles were scattered throughout Judea and Samaria.” (v1) For the fledgling church in Jerusalem this was a very severe setback. And this great persecution against the church gained a figurehead in the form of Saul, who went from house to house, arresting and imprisoning followers of Jesus. Church as they knew it had ended pretty much instantaneously. Ok we’re not facing a great persecution, thankfully, and hopefully most of us can function freely as Christians from the comfort of our own homes, but church as we knew it has changed drastically.

Promise- It would’ve been really easy for the Christians fleeing Jerusalem and the Apostles left there to despair and think that God had lost his grip on things. In Acts 1:8 Jesus says this to his disciples just before he left them and returned to be with His Father- “But you will receive power when the Holy Spirit comes on you; and you will be my witnesses in Jerusalem, and in all Judea and Samaria, and to the ends of the earth.” This verse has become known as ‘the contents page of the Book of Acts’ as Jesus lays out how the Gospel will spread. The events of Acts 8 seem like a great setback but would be used by God to extend His Kingdom through the spread of the Gospel. Persecution can’t stop it, neither can World Wars or terrorist attacks, and neither can Covid-19. As Jesus promised, “I will build my church and the gates of hell will not overcome it.” (Matthew 16:18). We must cling to this promise and not despair.

People- We’re told something really important about the Christians who had to flee Jerusalem- “Those who had been scattered preached the word wherever they went.” (v4) Up until this point the focus had been upon the Twelve Apostles and key leaders like Stephen (and we’ll hear about Philip). But in v4 it is the thousands of regular Christians who made up the fledgling church of Jerusalem who stepped-up and grasped this Gospel opportunity. When it says they “preached the word” it doesn’t mean they delivered sermons, but rather they simply shared the good news of Jesus “wherever they went”, (and presumably) whenever an opportunity arose with whoever the Lord brought into their lives. Hasn’t the Lord opened-up opportunities for us too? The church has been forced to go online with services and I am humbled and thankful every week to see people join us for our livestream service (live.aboutacc.com) who are not believers and have never attended our church. Keep inviting them! There’s more than this though. What about the more regular and heartfelt conversations with family members and close friends. Also, the Lord has brought new people into every one of our lives, whether it’s neighbours we’ve never chatted to before, delivery people, shop workers who we suddenly appreciate for what they do, or just people walking past our houses taking their daily exercise.

Praise- One former leader in the Jerusalem church, Philip, went down to Samaria. This would have been unthinkable before as the Jews looked down on the Samaritans. But he proclaimed Christ there, the people listened, they witnessed miracles and healings, and the result- “So there was great joy in the city.” (v8) Do you really think that this is what the Jewish leaders in Jerusalem thought would happen as they stoned Stephen to death? Did Saul really believe for one moment that his murderous threats would end up inflaming the hearts of the persecuted Christians and growing the church? No way. As Al Mohler puts it- “What we see as setbacks, the Lord uses for advance; where we see a detour from the obvious route, the Lord has so often plotted out a path to the growth of his people and the glory of his Son.” (Acts for You) As Joseph memorably declared to his brothers- “You intended to harm me, but God intended it for good to accomplish what is now being done, the saving of many lives.” (Genesis 50:20) Covid-19 is awful and we all want the suffering to end ASAP. But wouldn’t it be great if in the weeks/months to come, when we’re back together on Sundays, we had loads of stories to tell of people who heard the gospel from our lips or through our livestream services and of their personal encounters with Jesus!

Dear Lord God, may the words of Paul to the Colossians be our practice: “Be wise in the way you act towards outsiders; make the most of every opportunity. Let your conversation be always full of grace, seasoned with salt, so that you may know how to answer everyone.” (4:5-6). In Christ’s name and for his glory. Amen